Can anyone be hypnotized?

Anyone of average intelligence and that can follow simple directions can experience and benefit from Hypnosis. The benefit is tied to a person’s desire to have the change take place. Some people find it easier to relax than others. By the same token, some people are able to go into a relaxed state more quickly and more deeply than others. About 95% of people can go into at least a light state of relaxation. In a relatively small number of situations, (say, when hypnosis is being used instead of a general anesthetic, e.g., as in labor and childbirth), a deeper level of relaxation may be needed. For these purposes, it is why we recommend a free consultation with us to evaluate the capability of a given person, and determine the best treatment available before making a decision about the advisability of using hypnosis.

Can children be hypnotized?

Because children are naturally imaginative, they naturally and easily engage in hypnosis and respond well to hypnotic suggestion for a wide variety of problems, e.g., self- esteem issues, anxiety, behavior problems, habit change, and certain medical issues.

Will I be asleep or unconscious?

The word hypnosis comes from the ancient Greek word ‘hypnos’ meaning sleep, but it is  mis-named. Hypnosis is NOT sleep. Sleep and hypnosis may seem similar since we  may be relaxed and have our eyes closed (although not necessarily), but there are  many differences. One main difference is that we tend to be in a relaxed state, but with  heightened awareness! If a person were to fall asleep during a session, they would  return to normal consciousness when asked to, or simply awaken after a short nap.  They would feel refreshed, relaxed and would have no ill effects at all.

“I don’t think I was hypnotized–I heard every word you said!”

Some people, after a session of hypnosis, don’t believe that they were hypnotized at all.  This likely comes from misconceptions about just what a ‘trance’ really is. There are  differences between the brain waves of people who are asleep and those who are in trance. In practice, people who are hypnotized often talk with the hypnotist, and can both answer and ask questions, hear everything that is said very clearly, and are perfectly well aware.

There is no mysterious feeling to being hypnotized and our minds are not taken over nor controlled. This expectation and perhaps a demand to have some mysterious experience beyond conscious control or awareness seems to leave some people disappointed and even denying they had any experience at all. These same people may actually have received substantial results and unconscious change.

Will I lose control of myself?

No, You’re completely safe and in control of yourself when under hypnosis. You’re never under someone else’s power. Hypnosis allows clients to be more focused and less  distractible and more skillful in using their own mental abilities constructively. In this  way, they can achieve more of their goals, and consequently, actually achieve more (not  less) control of their personal comfort, health, and well-being. The ‘control’ misconception appears to originate from stage hypnosis which actually  involves people doing what they want to be doing in a social agreement to be  entertaining.

Can I get stuck or trapped in the hypnotic state?

No. At any time a client can re-alert or choose to ignore suggestions. No one stays  hypnotized indefinitely – you will always “come out” of trance within a short time.

How can a treatment aimed at your mind affect your body?

Many physical symptoms are psychosomatic in nature, meaning the body responds physically to thoughts and have an emotional or nervous basis. When you come to think of it, it is not really so strange that emotional strain or worry should produce physical symptoms. After all, every organ in your body is connected with your brain by nerve channels; and it is logical that when you are upset emotionally by some crisis or conflict, you will feel the effects in various organs of the body. For example, when we think a frightening thought, we can experience increased heart rate, shortness of breath, “butterflies” in the stomach, muscular rigidity, sweating, shaking, and so on. Similarly, when we think a pleasurable thought, we can experience reduced heart rate, deeper breathing, relaxation of muscles, and so on. These are autonomic nervous system responses that are involuntary, but they can be utilized to promote health. When hypnotized, an individual is very open to suggestions that can enhance positive and diminish negative physical reactions.

If cannot solve my problem without help, does that mean that I have a “Weak Will”?

No, Even if you have no serious symptoms, it is difficult to work out emotional problems by yourself, because you are too close to them and cannot see clearly through you conscious thoughts. More and more people, even those with a great deal of psychological knowledge, are seeking help these days because they realize this. The fact that you desire help is a compliment to your judgment and is no indication that you are approaching a mental breakdown. In reality, the opposite is true. Seeking professional help is a sign of mental soundness, awareness, inner strength and confidence.

How many sessions will I need?

Every client is different, and hypnotherapy sessions are not “one size fits all.” Clients may get results in as little as one or two sessions, but commonly the average client may need 3 to 5 sessions in total, especially if the unwanted behavior has been habitual for many years. You will receive an estimate during your consultation of how many sessions may be needed.

What will happen at my first session?

During your first visit you will learn what hypnosis is, how it works, the ways you may experience it and any questions you may have will be answered. We will then discuss the goals you want to achieve or the problem you want to resolve. Once you are ready, you will be guided into hypnosis using methods best suited to your individual needs. While hypnotized, you will be given hypnotic suggestions that are tailored and specific to you and the reason you came into the office. At the end of the session you will emerge from hypnosis feeling refreshed and relaxed.

Will my results be permanent?

Just as a surgeon that sets a broken bone, it takes time to heal. And he prescribes physical therapy sessions to aid in the healing process. Hypnosis is not different; We are setting the mind on new things, repairing the broken or unwanted behaviors in your life. The recorded session CD's and audio files are the continuing mental therapy to assist you with the healing process.

What forms of payment do you accept?

We accept cash, credit cards and checks. Session charge rates will be discussed at the consultation, with discounts given for more than one session and if payment is made in advance. We do not accept insurance.

Imagine how you will improve areas of your life with hypnosis.

Imagine how much better your life will be when you’ve let go of that limiting belief…that self-destructive behavior…that defeatist mindset. How will you feel when you’re able to let go and do the things you’ve always wanted to, the way you know you can do them…if you just had a little help? 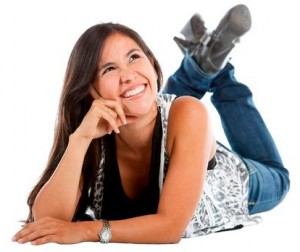